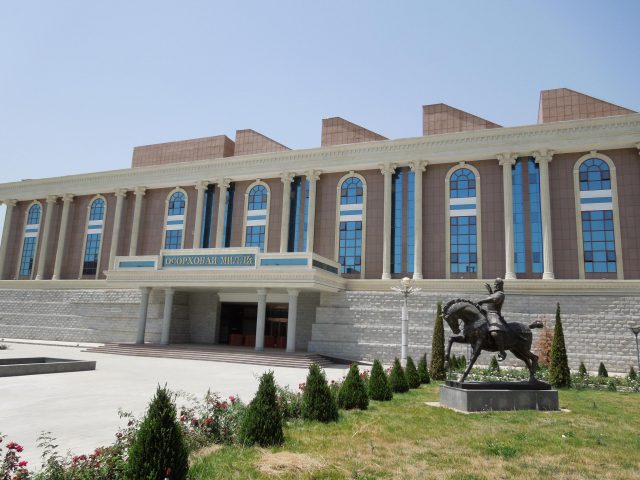 Not far from the world’s tallest flagpole and the dormant Palace of Nations lies the newly opened Tajikistan National Museum. Entering the museum I was struck by expansiveness of the place. The glass-domed central atrium is five stories high topped with the national symbol of Tajikistan. On the second floor a gold-plated message declares that the atrium displays gifts showered on ‘Janobi Oli’ Emomali Rahmon from other presidents. One gallery is dedicated to the flora, fauna and geology of Tajikistan, and all the other galleries take you through the history of Tajikistan from the Palaeolithic era to the present day. The museum offers an official account of the Tajik story.

As I wandered through the galleries, I noted a few things about the way Tajikistan was presented. Much of this was in keeping with what has been written on Tajik historiography and national identity (see for example articles by Laruelle (2007), Blakkisrud and Nozimova (2010). Firstly, the museum stresses the Tajiks pre-Islamic roots — Zoroastrianism and Buddhism — dedicating an entire gallery to the Avesta, the sacred texts of the prophet Zoroaster (whose place and century of birth are a subject of debate). 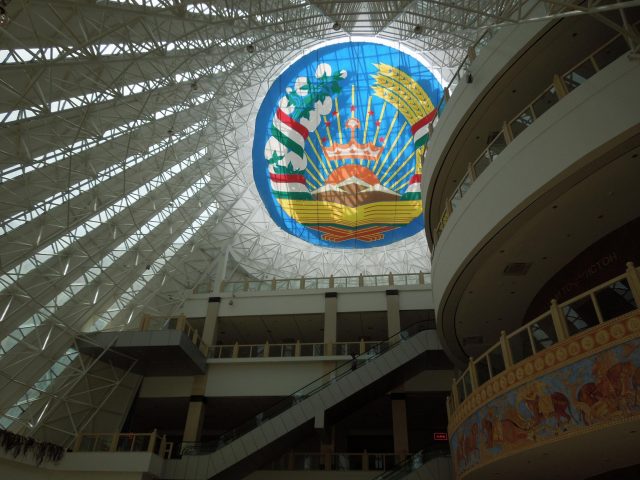 Secondly, the Arabs are portrayed as invaders who overthrew the native Bactrian and Sogdian regimes by 720. Despite representing Islam as in some way foreign to the region, there were a number of exhibits of calligraphy, Islamic texts and descriptions of Islamic scholars who the Tajiks claim as their own; the poet Rudaki and scientist Ibn-Sino. Special prominence is given to the Samanid ‘father of the Tajik state’ Ismoili Somoni, who embraced Islam in the late ninth century.

Thirdly, the benefits of over seventy years Soviet rule are extolled. After the establishment of the Tajikistan SSR in 1929, the Soviet Union is said to have “opened a wide range of opportunities for political, economic and social activities”. The museums narrative stresses the modernising influence of Soviet rule, with a range of images depicting the first car in the Pamirs, Nurek power plant and happy Tajiks picking cotton. This is in stark contrast to the national museum in neighbouring Uzbekistan where the Soviet period is seen colonial rule which held the Uzbeks back from their natural path of development. The basmachis are referred to as ‘oppositional resistance’ whose defeat paved the way for modernisation. The Soviets are criticised for the border delimitation process which “artificially deprived the Tajik people of their cultural centers [Samarkand and Bukhara]”. 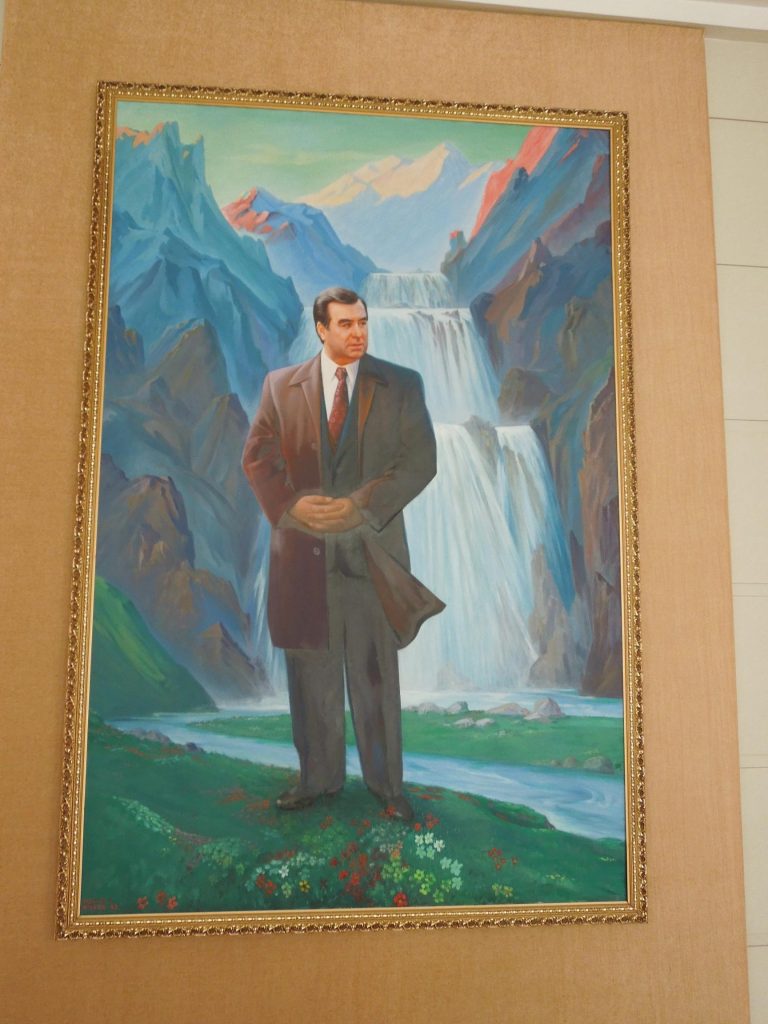 Fourthly, the civil war is erased from Tajik history. After a description and photos from the XII congress of the Supreme Council of Tajikistan, which voted for independence in September 1991, there is a description of the national reconciliation process. The uninformed would wonder; reconciliation from what? Emomali Rahmon, we are told, played a major role in “securing peace for the nation”. This is consistent with the governmental discourse on the civil war where ‘vakhdati milli’ (national reconciliation) is personified in the person of the President. The rest of the gallery is dedicated to the achievements of Tajikistan. Rahmon is seen in front of Rogun, the Shakhritson tunnel, playing football and visiting foreign dignitaries. It is clear who is responsible for all these ‘successes’.

The museum offers a positive view of modern Tajik history. Traumatic events such as the civil war, Soviet era forced population movements and ecological problems, are left out of the narrative. We are left with the impression that Tajikistan is a harmonious society striving for greatness. When one leaves the neatly kept Rudaki park and the surrounding ceremonial centre of Dushanbe, however, the situation seems a little more bleak.