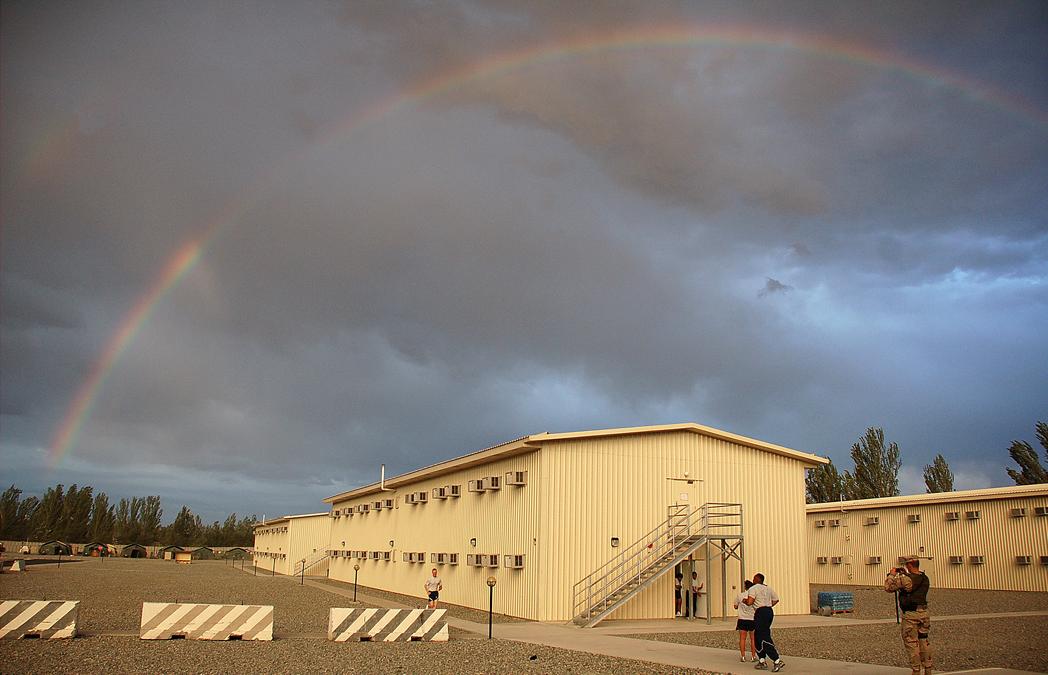 The original version of this article can be found in Perspectives on Central Asia, a quarterly interdisciplinary journal published by Eurasian Dialogue.

Rather than existing exclusively in the domestic politics of weak states, corruption in the developing world involves a myriad of different actors, ranging from corrupt state officials and local and international middlemen to offshore shell companies and reputable financial institutions. Building upon a few recent empirical studies, this article exposes the symbiosis of illicit practices in developing countries with licit and semi-licit practices in developed countries in order to explore the financial connections, which are integral to the nexus of weak states and organised criminal groups. Central Asia will be used as an empirical ground to showcase how a developing region gets connected to the global economy via hidden and informal financial vehicles and offshore enterprises. My research has strong normative aspirations, since the article calls for the reassessment of the global anti-corruption regime in targeting transnational financial crimes. The overall goal of the research is to change the conversation about corruption, state weakness and organised crime: rather than speaking about problems of merely local, national and regional provenance, we need to recognize that we are dealing here with global challenges requiring global solutions.

Although the notion of corruption is probably as old as human civilization, the wave of global anti-corruption norms and strategies began only in the early 1990s as an effect of accelerated globalization processes.[1] In a famous speech, then-president of the World Bank James Wolfensohn placed “the cancer of corruption” on the agenda of development organizations and international institutions.[2] The fight against corruption was launched under the aegis of good governance and the promotion of accountability and transparency. International actors such as the IMF and the World Bank began to identify corruption as one of the main obstacles to economic growth in the developing world. The initiatives these organizations proclaimed reinvigorated interest in the topic of corruption in the academy as well, leading scholars to study the impact and effectiveness of anti-corruption measures. However, as Alexander Cooley and Jason Sharman point out, those academic conceptualizations often reproduce the idea that corruption is contained only within states and in the practices of their officials.[3] In those instances when corruption is examined in a transnational context, it is usually presented as an indispensable part of criminal networks that link illicit activities with officials of weak states and illicit non-state actors, including organized crime factions, terrorists, weapons traffickers, drug smugglers and money launderers.[4]

However, by focusing on illicit globalization, scholars and policymakers often omit the role of licit actors and financial mechanisms in the developed world that facilitate the expansion of illicit and corrupt practices in developing states. Corruption-prone Central Asia has become the victim of such scholarly contemplations and policy-making recommendations. Central Asia is endowed with vast natural resources and conducive to lucrative business opportunities. The region, however, is characterized by authoritarian or semi-authoritarian rule with clan or family based decision-making. As a result, only the most privileged tend to benefit from the current state of affairs, amassing fortunes at the expense of ordinary people. At the same time, the unlawful enrichment of Central Asian rulers and their entourages could not have been accomplished without the support of local and international brokers, offshore companies and major financial institutions, which operate within the realm of licit and formal norms and practices. Respectively, corruption in the developing states and in Central Asia per se should be examined within a transnational context. The fusion of the formal global economy with local informal economies poses a serious regulatory challenge to both scholars and policymakers who seek to establish sustaining policies and greater oversight over these spheres in accordance with practices of good governance, transparency and accountability. 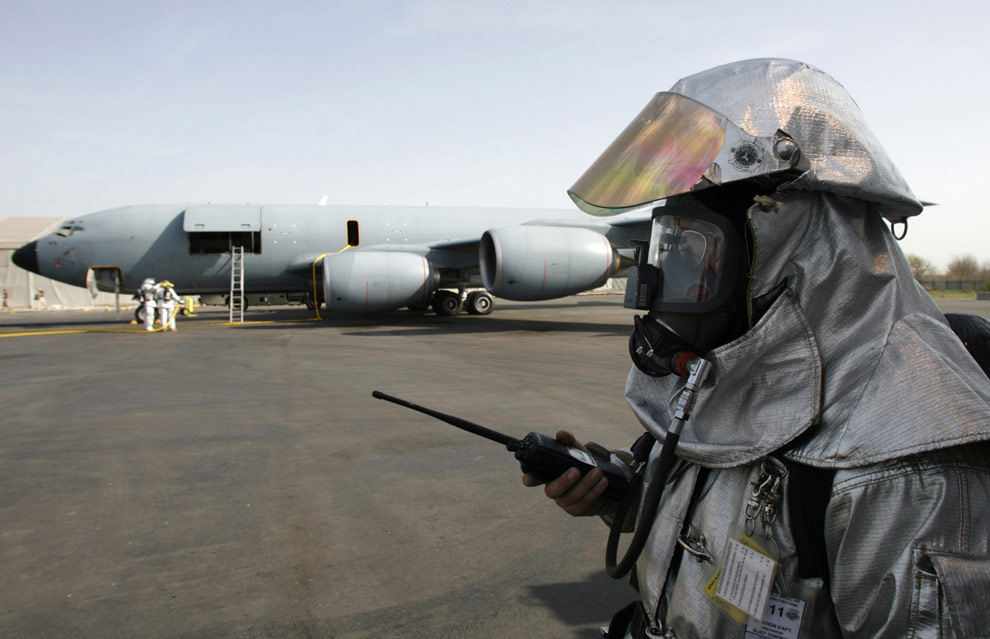 Indeed, Central Asia is an excellent empirical referent to examine the dynamics of transnational corruption. Kazakhstan, Kyrgyzstan, Uzbekistan, Tajikistan and Turkmenistan provide numerous illuminating cases, which demonstrate how hypothetically isolated Central Asia becomes connected to the global economy via contemporary financial mechanisms. The cases are extremely diverse and range from telecommunications and fuel procurement to gold mining and banking. In the post-Soviet republic of Kyrgyzstan, I have conducted research on the complex interplay between different actors over access to fuel supplies at the American air base Manas. Both Presidents Akayev and Bakiyev and their entourages exploited the Pentagon’s lucrative fuel contracts for personal enrichment and to strengthen their regimes. The intricate fuel schemes involved not only Kyrgyz senior officials and shell and intermediary companies, but also the U.S. Department of Defense (DoD) and the Gazprom refineries. The capture of fuel supplies to the Manas Air Base was accomplished through the use of local subcontractors and fixed-based operators. As it turned out, the DoD knew about the beneficiaries of the Kyrgyz fuel subcontractors. However, the Pentagon’s position was that any misappropriation of funds by the Kyrgyz leadership was solely the responsibility of the country’s internal affairs and thus respectively at the discretion of the Kyrgyz judicial system, as long as the fuel procurements were conducted in accordance with American laws and regulations.[5] In turn, U.S. contracting and procurement laws permitted companies affiliated with foreign leaders and their entourages to bid and win DoD tenders.[6] As a result, rumours and circumstantial evidence that American vendors were enriching both the Akayev and Bakiyev regimes were instrumental in the fall of these governments in 2005 and 2010 and led to several resonant national and international investigations.

The watchdog Global Witness conducted its own investigation in Kyrgyzstan, but in this case related to its largest bank Asia Universal Bank (AUB). AUB was nationalized after the April events of 2010 and was accused of involvement in large-scale money laundering by the new government, while an independent EBRD-funded audit supported this view. Global Witness found significant evidence of money laundering through AUB, as dozens of onshore and offshore companies moved millions of dollars through the bank with no clear business activity.[7] Nearly 1.2 billion USD passed through the AUB accounts of just three UK companies, which then dissolved without filing any account information.[8] The largest transfers went through the UK’s Standard Chartered, Austrian Raiffeisen Bank and Citibank in New York.[9] In the most flagrant example, a UK company, which moved 700 million USD through its AUB account without any business activity in the UK, was owned by a Russian who died two years before the company was actually registered.[10] Such reports reveal the stark inadequacy of how some of the world’s major economies monitor the registration of companies and contribute to global money-laundering.

In Kazakhstan, the Texas oil company Baker Hughes became the focus of one of the most resonant corruption scandals. To win a 219 million USD oil contract in Karachaganak, Baker Hughes made payments to Kazakh officials via British tycoon Robert Kissin, using a Barclays bank account set up on behalf of a shell company registered in the Isle of Man.[11] The Swedish-Finnish telecommunications company TeliaSonera was targeted in probes for aggravated bribery in Uzbekistan, and its CEO Lars Nyberg had to step down under increased public scrutiny. Allegedly 300 million USD was paid by TeliaSonera to an associate of Gulnara Karimova, the daughter of the president of Uzbekistan, through the CEO of a competing Russian telecommunication company MTS and a Gibraltar-registered shell company in order to gain access to the national telecom market.[12] On March 24, 2010, German carmaker Daimler agreed to pay 185 million USD to settle international bribery charges leveled by American prosecutors in at least 22 countries, including Turkmenistan and Uzbekistan.[13] In certain cases, Daimler made improper payments to American bank accounts or to foreign bank accounts of US shell firms.[14] In Turkmenistan, Daimler was accused of handing a new armoured S-class Mercedes worth of €300,000 to a high level official as a birthday present to ensure that Daimler’s sales were not jeopardized in the country.[15] In the UK, a dispute over the Tajikistan Aluminium Company (Talco) became one of the most expensive legal proceedings ever held at the London High Court. The lawsuit involved the offshore holding company Ansol registered in Guernsey (Channel Islands) on one side and United Company Rusal and two companies registered in the British Virgin Islands on the other side.[16]

The aforementioned cases confirm that corruption in the developing world involves not only local state officials but also international middlemen, offshore shell companies, multinational companies and reputable financial institutions. This constellation demonstrates that political power is not contained solely within national units, but flows from the transnational through to the national and the local. In most of the examples above, the companies, which were involved in corrupt activities, were prosecuted. Unfortunately, these cases are just the tip of the iceberg as many more companies engage in illicit practices without being exposed. Such corrupt practices are not only a predominant feature of business relations in the post-Soviet region but in other regions as well.The global assemblages of different players only conform to the proposed dynamics of transnational corruption, which takes place with the complicity of reputable international institutions or even with their direct engagement. By assessing the effectiveness or ineffectiveness of the global anti-corruption regime, I hope to uncover the mechanisms through which relatively weak states with strong organized criminal groups gain access to licit sources of transnational finance. Such a study would call for a global approach to tackling issues of transnational corruption on the post-Soviet space.

[1] For instance, see the OECD’s Anti-Bribery Convention (1997), the Council of Europe’s Criminal Law Convention on Corruption (1999), or the United Nations Convention against Corruption (2003).

[2] For the full speech visit http://web.worldbank.org.

[3] Cooley, A. and Sharman, J. (2013) “The price of access: transnational corruption networks in Central Asia and beyond”, Prepared for Presentation to the 2013 Annual Convention of the International Studies Association.

[7] Global Witness (2012) Grave Secrecy: How a Dead Man Can Own a UK Company and Other Hair-Raising Stories about Hidden Company Ownership from Kyrgyzstan and Beyond, London: Global Witness Limited.