Skip to content
Home> Events> Shelter from the Storm? A new report on the asylum, refuge and extradition situation in Central Asia
May 09
2014 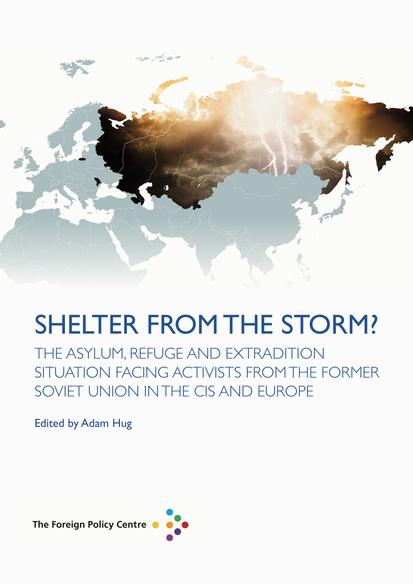 On 29 April, EXCAS member Dr David Lewis spoke at an event called “Shelter from the storm?” hosted by the Foreign Policy Centre (FPC). The event launched a Foreign Policy Centre publication of the same name. The report, edited by Adam Hug, explores the asylum, refuge and extradition situation facing activists from the former Soviet Union in the CIS and Europe. In the report, a variety of experts examine whether Russia and other states in the former Soviet Union, abide by international law when extraditing dissidents. The report primarily focuses on Central Asia.

In his chapter Lewis documents the range of methods used by Central Asian states to control dissidents and political opponents in exile. These activities include covert intelligence gathering and surveillance, use of instruments such as INTERPOL to target opponents and attempts to extradite or forcibly return dissidents to face persecution at home. In many cases “Political activists who flee abroad are often charged – usually on flimsy evidence – with economic crimes or a vague connection to ‘terrorist activity’ or ‘extremism’” (p.12). This constitutes a threat not only to the activists themselves, but to the rule of law in Europe more generally.

Other chapters examine extraditions from Russia to Central Asia, human rights, the specific case of Uzbekistan, abuses of the INTERPOL system, European asylum legislation and integration.